August 14, Riga, in this summer the only large-scale festival will take place on the shores of the Latvian Ethnographic Open-Air Museum on Jugla lake.

This year festival will feature one of the most legendary Latvian folk-metal bands “Skyforger” who have earned significant international recognition. Visitors will also not be deprived of musical attention by the organisers of the festival – the band “DAGAMBA” who will be celebrating their 10th anniversary at the festival.

The organisers of the festival “Laivā” characterise the event as a bridge between traditionally classical values ​​and the modern world, a “crossover” – the fusion of genres and styles that forms a link between classical and folk music with contemporary music.

“Music without borders, traditions of ancestors intertwined with the present, and addition all world’s beauty and picturesque Latvian nature – best characterize the crossover festival “Laivā”.

The format of the festival this year will correspond to cross-genre themes. Thanks to our new and unusually positioned stage, the concert can be enjoyed on the waves of Lake Jugla or sitting comfortably on the shore in a territory of Latvian open-air museum.

We are also pleased that last year our festival was highly appreciated not only by a large number of festival visitors, but also by industry professionals who have honoured us with the “Excellence Award“” comment the festival organisers.

Visitors are offered a variety of opportunities to visit the festival – by boats, motor boats (with a motor raised from the water), on SUP boards or catamarans, on public, personal transport or a bicycle. Thanks to the unusually placed stage with a 360 ° view, on which the artists will perform, the festival can be enjoyed both from the water and from land.

The first festival “Laivā” received “Excellence Award 2020” in the nomination “The Most Outstanding Live Concert in Non-Traditional Forms During COVID Restrictions 2020” from the Latvian Forum of Events.

The concert starts at 19:00, entrance to the event territory will be open from 17:00. Tickets can be purchased HERE, as well as in all box offices of “Biļešu Serviss”.

Regardless of the number of spectators on the boat, the ticket must be presented to each visitor to the festival “Laivā”. The organizers of the event offer boat rental services. Coming into festival territory everyone needs to follow up all safety rules established in the country, persons who have not had a COVID-19 infection or have not been vaccinated will be able to attend the festival only on floating vehicles. Event visitors who have had a Covid-19 infection or who have been vaccinated can enjoy the concert both from the waves of the lake and from land. 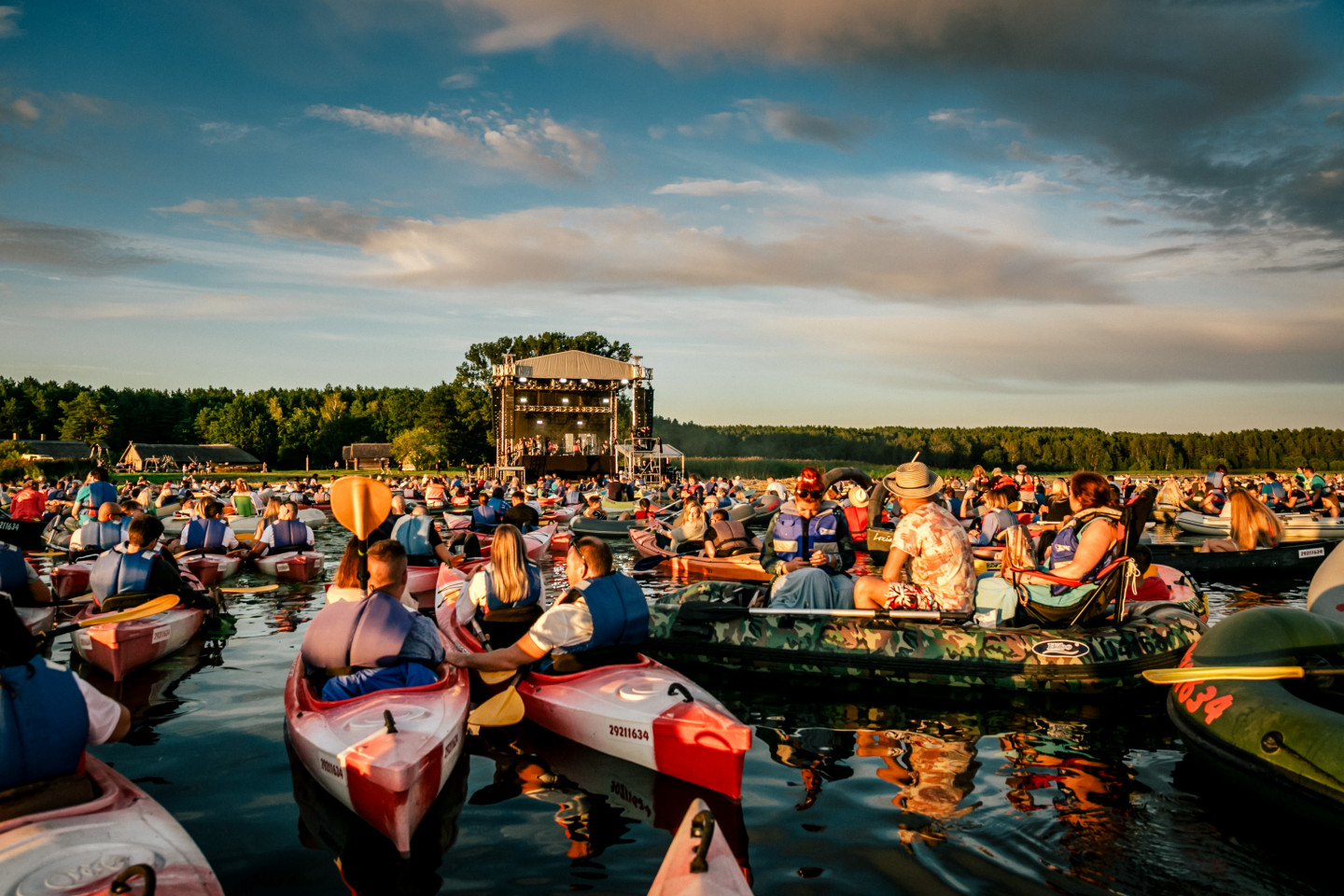