For the first time Positivus festival will take place in a new location – Riga, Lucavsala on July 15th and 16th. In honor of the line-up announcement the main media partner of the festival LMT offers an opportunity to purchase festival tickets for the previous “winter price” for only 4 days – until Sunday, March 27th, using code LMT + POSITIVUS.

An absolutely global musical phenomenon, a cultural icon, and one of the hottest words in women’s hip-hop music scene – Megan Thee Stallion will perform on the main stage at Positivus festival on Friday, July 15th.

After the EPs „Fever” and “Suga” she released her debut album „Good News” in 2020, and her two tracks went to the top in USA  – “Savage” (remix featuring Beyonce) and “WAP”, where she joined Cardi B. Most recently the artist had a collaboration with the pop star Dua Lipa for the song “Sweetest Pie”.

Jamie xx creates the most beautiful mix of fine indie, R&B and dance music imaginable and is well known around the world as a key member of The xx. Jamie xx brings back sweet memories from Positivus festival in 2013, where we experienced the charming The xx concert and we are confident that Jamie xx’s performance is one of this summer’s most long-awaited events.

The subtle blend of indie, R&B and dance he crafted with The xx has made him a sought-after remixer for such artists as Adele, Florence + The Machine, and Gil Scott-Heron. In 2015, Jamie xx released his widely acclaimed debut album “In Colour” with songs like “Loud Places”, “I Know There’s Gonna Be (Good Times)” and “Gosh”. In 2020 he dropped his latest single “Idontknow” all while staying busy DJ:ing, remixing, producing and working on new material with The xx.

Previously announced headliner A$AP Rocky is a cultural beacon that continues to move past the status quo and lead the pack by continuing to evolve, innovate and disrupt the industry.

The Canadian Caribou is well known to most especially electronic music lovers. He gives breathtaking concerts designed to the last detail, combining the playful sound of electronic music with the sound of live instruments. His recordings have been recognized by music critics and have an impressive audience around the world.

The artist, who records music almost every day, has received countless awards for creating the best albums of the year and the best electronic dance music hits of the year.

Moses Sumney’s melodramatic music and incredibly beautiful voice will not be unnoticed at Positivus festival.

Moses Sumney has the ability to combine a variety of music genres – soul music, pop music, folk music, classical music in unique songs and melodies. The artist avoids the definition of a representative of a particular musical genre. Whether he performs rock, jazz, or any other genre of music, he considers himself a master of his art.

In 2017, he attracted the attention of many music lovers and critics with his debut album “Aromanticism”. Moses Sumney’s latest album “græ” is divided into two versatile, dynamic album pieces, where the artist has created a “space” where listeners can enjoy and embrace art.

Yves Tumor’s music talks about social issues whilst visually exploring the grotesque. The artist incorporates many genres and sounds reminiscent of 80’s rock, pop, and R&B all into one. The album “Safe in the Hands of Love” was recognized as Pitchfork’s best new album and was well accepted by the public after a sold-out tour in Europe.

This summer Positivus festival will continue to delight thousands of people at its new location in Riga, Lucavsala on July 15th and 16th. Tickets can be purchased at www.positivusfestival.com and the “Biļešu Serviss” network. 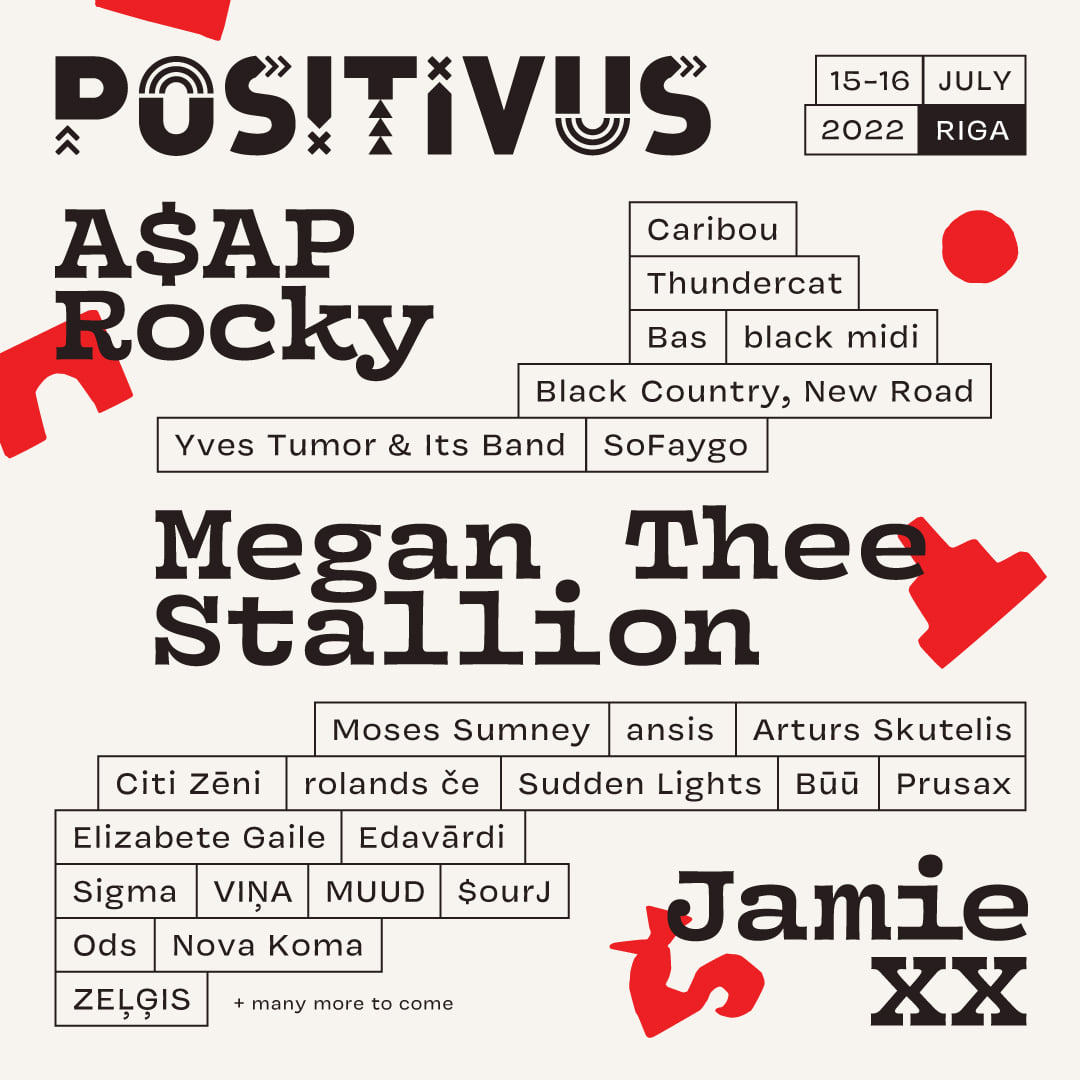